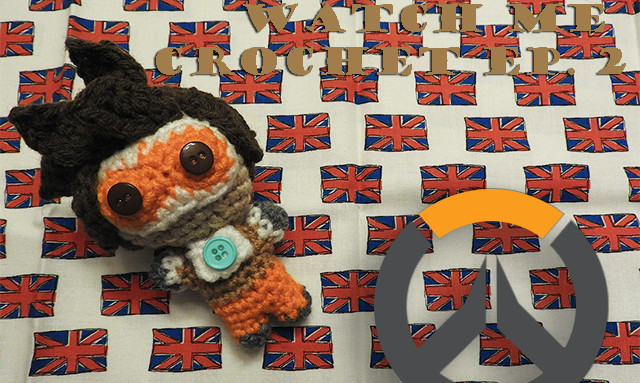 Finals are finally done and job is started and feeling comfortable which means its time for me to write a long winded blog post about two of my favorite things. Well, one all time favorite thing and one new obsession.

Ever heard of the game Overwatch? Chances are if you have been on the internet lately, or have an animation/video game nerd friend you've heard this name tossed around. It is a multiplayer first shooter game with a cast of colorful and wonderfully developed characters. Which you know that what means for us crafters: Tons of people to be inspired by/to create!

Currently I've been maining (the character you play most often as) as Tracer, or Lena Oxton, a lovely little cheerful British character who is known for her 'Blinking' or basically teleporting short distances very quickly.

Since my discovery of this character I've made two chibis, one pictured in the header, one a test subject for my new 'stacker amigurumi' pattern, and a small messenger bag which I carried around Vid-con. The latter two items will be featured in the next Amigurumi Update (I'm on #7 already! Wow!) on my Youtube Channel.

The first one I managed to capture and speed up the footage as a Watch Me Crochet since I was in need of a second episode. I hope you all enjoy! In the future you may be seeing more Overwatch crafts, I know I want to make something after my other favorite character Widowmaker. Perhaps a tutorial on the messenger bag?

Till next time-Megan (Mad Little Crafter)

P.S: I also traveled around with my little Tracer as part of an #amigurumitravels, a small series I do on my Instagram Account! Normally when I venture out somewhere outside of my bedroom I take something I've created with me and pose it in different locations. Follow my Instagram to watch those live as they happen. 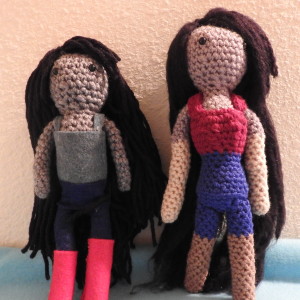